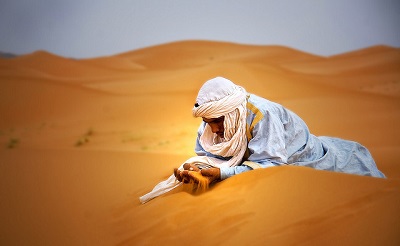 Arrive  Jordan ,at Queen Alia International Airport and meet with English driver and then directly Drive  to Petra Rose city  for overnight

After breakfast,  start visit at Petra, called “Rose Red City” The treasure of ancient world, hidden behind and almost impenetrable barrier of rugged mountains, boasting incomparable scenes that make in the most majestic and imposing ancient site will standing nowadays. At the beginning, the trail leads you the Siq, a 1.5km long narrow gorge. Then, you will be at Khazneh, also called treasury. You will enjoy the amazing sight of unique Nabataean architecture. Then, continue to the valley range to the temple and rock tombs with the unique monumental facades.

Overnight at hotel in Wadi Musa

After breakfast at hotel, Transfer  to Wadi Rum a journey to another world. A vast, silent place, timeless and starkly beautiful.. Wadi Rum is the one of the Jordan’s main tourist attractions being the most stunning deserts cape in the World. After loading the equipment into the jeep, you will ride in the magnificent desert. Then, move to a remote location. You will camp under the unbelievably clear and starry sky after witnessing a spectacular desert sunset is a truly spiritual experience in which you will hear “ the sound of silence”

After having breakfast, drive to the Dead Sea which is considered one of the most spectacular natural and spiritual landscapes in the whole world. It is the lowest body of water on earth, the lowest point on earth, and the world’s richest source of natural salts, hiding wonderful treasures that accumulated throughout thousands of years.

Day 5 Full day free for leisure at Dead Sea (B)

A free day at the beach at Dead Sea is the lowest point on earth, have free time for swimming float, mud bath and relaxation

Overnight at hotel in Dead Sea

After  breakfast, you will leave for Jerash, the best example of a Roman provincial city in the Whole Middle East. Visit oval Plaza, Roman colonnaded street, the Nymphaeum and the Temple of Artemis and enjoy the Chariot show (Show will be closed on Tuesday) Then, move to Amman for overnight.

Overnight at hotel in Amman city

After breakfast, you will start the city sightseeing tour in Amman. In the Citadel you will see remains from 3 different periods and have a panorama view over the capital. In the traditional area of downtown we have a look at the Roman Theater from 2nd centur before we head to the modern parts of the city. We visit the Royal Automobile Museum (Tuesdays closed) exhibiting classic cars of the late King Hussein are exhibited. Another option in the same area is the visit of the Children’s Museum, the only one of its kind in the whole Middle East. After an exciting days in Jordan, you will transfer to  Airport for farewell and board on international flight.

A special family holiday at Petra, one of the Seven Wonders in the World and Dead Sea, the lowest point in Earth with your family. Also, You will camp under the unbelievably clear and starry sky after witnessing a spectacular desert sunset is a truly spiritual experience in which you will hear “ the sound of silence” It will be unforgettable experience and family memory forever.