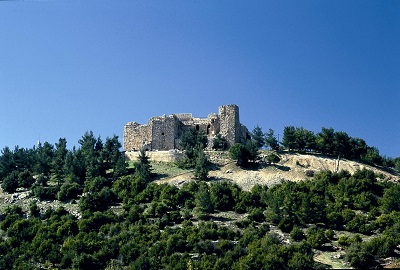 Ajlun Castle (Qal’at Ar-Rabad) was built by one of Saladin’s generals in 1184 AD to control the iron mines of Ajlun, and to deter the Franks from invading Ajlun. Ajlun Castle dominated the three main routes leading to the Jordan Valley and protected the trade and commercial routes between Jordan and Syria; it became an important link in the defensive chain against the Crusaders, who, unsuccessfully spent decades trying to capture the castle and the nearby village.