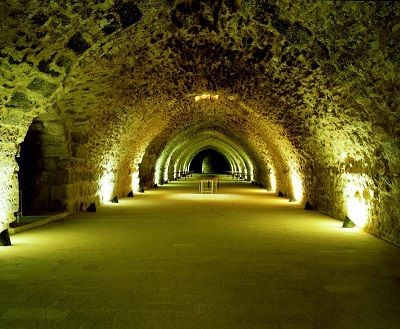 Arrival Jordan ,to Amman Airport and meet for assistance and transfer to hotel. Overnight in Amman.

Amman: In the Old Testament, Amman city  was called Rabbath-Ammon, and in the New Testament, it is referred to as Philadelphia after Ptolemy II Philadelphus (285-246 BC). Points of interest in Amman include the Citadel and the Roman Theater, as well as the Archaeological, Costume, and Folklore Museums.

Bethany: Bethany beyond the Jordan, the large loop in the Jordan River opposite Jericho, has long been identified as the spot where Jesus Christ was baptized by John the Baptist. It is called Al-Maghtas in Arabic. Less than two kilometers east of the river is another important place associated with the lives of Jesus and John the Baptist– the settlement of Bethany, where John lived and baptized. The Baptism site at Bethany beyond the Jordan is one of the most recent significant archaeological and religious discoveries.

Dead Sea: The Dead Sea is believed to be the site of five biblical cities: Sodom, Gomorrah, Admah, Zebouin, and Zoar. Here we will have time for bathing and relaxing in the mineral-rich waters at the lowest point on Earth before returning to Amman for overnight.

Jabbok River: On the way to Jerash we stop at the Jabbok (Jacob) River. Twenty years after the quarrel between Jacob and his brother Esau, Jacob came back from Padan-aram with his family and settled in this area. Here Jacob became involved in a fight with a stranger and won. Later he found out that he had fought against God and God blessed him by decreeing that forthwith he should be named Israel (1 Moses 32:22-32).

Jerash: In the Bible it is named Antiochea or Gerasa. According to Mark 5:1f and Luke 8:26-39, here Jesus cast the evil spirits out of a man. Today it is one of the best preserved and most complete of the Greco-Roman cities in the world.

Ajlouin: Ajlun has no biblical significance. It is a 12th Century Saracen Castle built by one of Saladin’s lieutenants and used in the military campaign against the Crusaders. It is a superb example of Arab and Islamic architecture.

Pella: This village, named Fahl in Arabic, a name which can be traced back to the 4000 year old Semitic name Pihilum, has a rich history and was once a member of the Decapolis. The name Pella was used during the time of greatest prosperity in the town’s history, during the Greco-Roman period. During the First Jewish Revolt and the Roman persecution, it was a refuge for Christians fleeing Jerusalem.

Umm Qais: In the Bible, Umm Qais is referred to as Gadara and was also a member of the Decapolis. This city alliance already existed at the time of Christ (Matthew 4:25). According to Matthew 8:28-34, here Jesus cast the evil spirits out of two men into a herd of pigs. Umm Qais is on a broad promontory 378 meters above sea level that enjoys a magnificent view over the Golan Heights, Lake Tiberius (the Sea of Galilee), and Jebel al Sheikh in both Lebanon and Syria.

Madaba: In the Bible, it is named Madaba or Madaba, city of the Sihon (4 Moses 21:30). The city lies in what was the territory of the race of the Reubens (Joshua 13:15 – 16 or Isaiah 15:2 and 1 Chronicles 19:7). The main point of interest in Madaba is the famous mosaic map of the Holy Land from Byzantine times. Housed at the Greek Orthodox Church of St. George and comprised of two millions pieces of colored stone, it depicts the entire region from Jordan to Palestine in the north and Egypt in the south.

Mt Nebo: The Bible reports that Moses climbed up onto Mount Nebo and there God showed him “all the land” which was promised to the descendants. Moses died on this mountain and some believe he was buried here. “And Moses went up from the plains of Moab unto the mountain of Nebo, to the top of Pis’gah, that is over against Jericho. And the Lord showed him all the land….. And the Lord said unto him, I have caused thee to see it with thine eyes, but thou shalt not go over thither. So Moses the servant of the Lord died ….” (5 Moses 34:1 – 4). The West Bank city of Jericho can usually be seen from the summit as can Jerusalem on a very clear day.

Mukhayat: Scholars suppose this village to be the site of the biblical city of Nebo. In the middle of the 9th century B.C. King Mescha boasted that he had slain 7000 men, women, boys, girls and maids at this place and had taken it from the Israelites. In Byzantine times, Khirbet El Mukhayat had a monastery complex and at least four churches; today you can visit the chapel ruins which houses some beautiful mosaics in Jordan

Mukawir: In the Bible, Mukawir is referred to as Machaerus. On a mountain which resembles a cone with its top cut off can be seen the imposing remnants of the fortress Qasr El Mashneqh. The Arabic name means “Castle of Gallows.” The castle was built by Alexander Jannaeus. The historian Josephus reports that it was here that John the Baptist was imprisoned and beheaded (Matthew 14:3 – 11).

Ma’in: Twelve kilometers south of Madaba lies Ma’in, an early center of the Bezant-East-Jordan-Land. Belemunim, the Christian settlement, has a name to which the biblical village Baal-Meon is similar. Baal-Meon is mentioned in 4 Moses 32:38 as a city of the Reubens and is also to be found under the names Beth-Ba’al-Meon (Joshua 13:17) and Bet-Meon (Jeremiah 48:23). Today, Ma’in is best known for its hot springs. We will stay in Ma’in for overnight.

Dhiban: In the Bible it is referred to as Dibon. The town was taken from the Moabs by the King of the Amorites, King Sihon. Then King Sihon lost Dibon to the Israelites (4 Moses 21:25 – 31). THe ruins of ancient Dibon can be seen on the outskirts of the modern village.

Wadi Mujib: In biblical times, the Wadi, or River Arnon, formed the natural border between the territories of the Moabs in the north and the land of the Edomites (later the Nabateans) in the south. Even now it acts as the border between the two administrative districts of Balqa and Karak. The Wadi is mentioned in the Old Testament (at the time of King David) as the river which flows through the valley to the Dead Sea. Here you can hike up the river through deep canyons and pools where you can swim and enjoy the beautiful scenery and wildlife.

Rabba: This is an old settlement with modern buildings. The history of Rabba probably began with the city Ar or Ar-Moab, which is mentioned in 4 Moses 21:15 and 5 Moses 2:9. While the Israelites of the Exodus spared Ar and the whole land of Moab, the Amorite King Sihon ransacked the city in an attack launched over the Arnon River (4 Moses 21:28).

Qasr: Today, Qasr is a village with the remnants of an old Arab castle, probably built in the 2nd century A.D.

Kerak: Kir, Kir-Moab and Kir-Heres are the Old Testament names for the town of Karak (Isaiah 15:1, 16:7 and 16:11 and Jeremiah 48:36). In the time of the Judges, the Moabite King Eglon may have resided in Kir-Moab. In 850 BC, one of his successors, King Mesha, was surrounded by the united Israel-Judah forces of Kings Jehoram and Jehoshaphat in Kir-Heres and could only escape defeat by sacrificing his first-born son. An inscription found during excavations in Karak in 1961 reveals the name Mesha. Today, the Crusader castle at Kerak still soars above its hills and valleys like a great ship riding waves of rocks. Inside is an endless maze of dimly-lit stone-vaulted rooms and corridors leading into each other through heavy arches and doorways.

We will reach Petra Rose city  in time for overnight.

We will begin with a short horse ride down or on foot to the Siq. Here we will walk through the winding narrow canyon until the breathtaking Treasury appears before us. We will visit the theater, royal tombs and the street of facades, then you will have the remainder of the day to wander on your own– there are over 800 individual monuments. On the way back we can stop to browse for souvenirs in the many colorful bazaars.

Then, we drive via the desert highway back to Amman city  for overnight.

Jordan, located just to the east of Israel, is a modern Middle Eastern nation that is a popular tour destination for those looking to explore sites from the bible and the roots of Christianity.