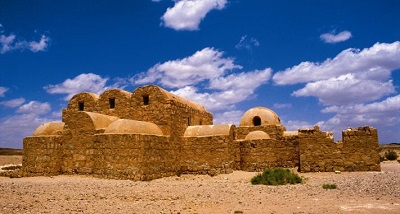 The Desert Castles, which were built mostly under the Umayyads (661-750 AD), stand as an evidence to the beginnings of Arab architectural civilization. They are located east of Amman, between Iraq and Saudi Arabia. Different assumptions were made about the main function of these original monuments of early Islamic art; residences, weekend cottages, caravanserais, or hunting lodges for the Omayyad rulers, they were also used as the domain of Omayyad princes in the 8th Century. One of the other possibilities of their use is that they used them to control the path from Damascus to Mecca.